What is the difference between Chateaubriand and filet mignon? 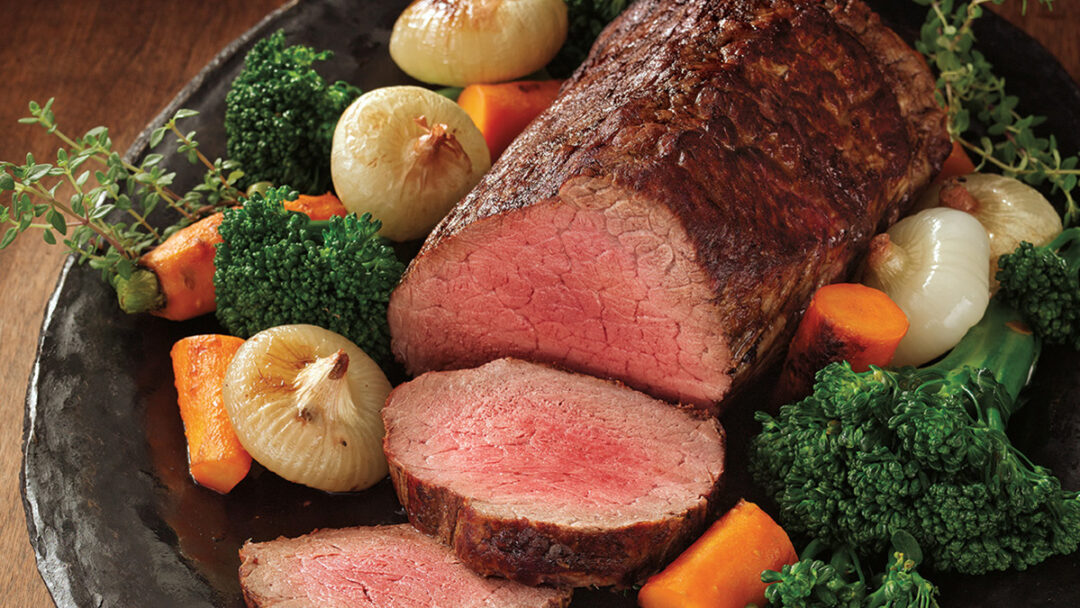 If you are a fan of a good steak, then you are surely familiar with the basic terminology, types of meat, cuts, preparation methods, as well as the side dishes that you can serve with this type of steak. Very often on the menus, you can meet terms like Chateaubriand, filet mignon, ribeye, strip steak, hanger, etc.

Chateaubriand is a name for a very specific and special piece of beef obtained from the fillet part. In the whole of June, there is only 300 to 500 g of meat for Chateaubriand, enough for two or three servings. The recipe is inspired by the great French writer Francois René Chateaubriand.

It is generally a thick cut of grilled or fried steak, and the term refers to cooked meat. To prepare a good chateaubriand tenderloin you need to cut off the larger and wider part of the steak.

On the other hand, filet mignon can be either the smaller or thinner part of the tenderloin, but sometimes this name refers to cuts of pork tenderloin. And in general, this is the main difference you need to know, that is, Chateaubriand refers strictly to veal, while filet mignon also includes parts of pork.

The second difference is that Chateaubriand is a method of preparation, while filet mignon refers only to the type of steak.

How is Chateaubriand prepared? 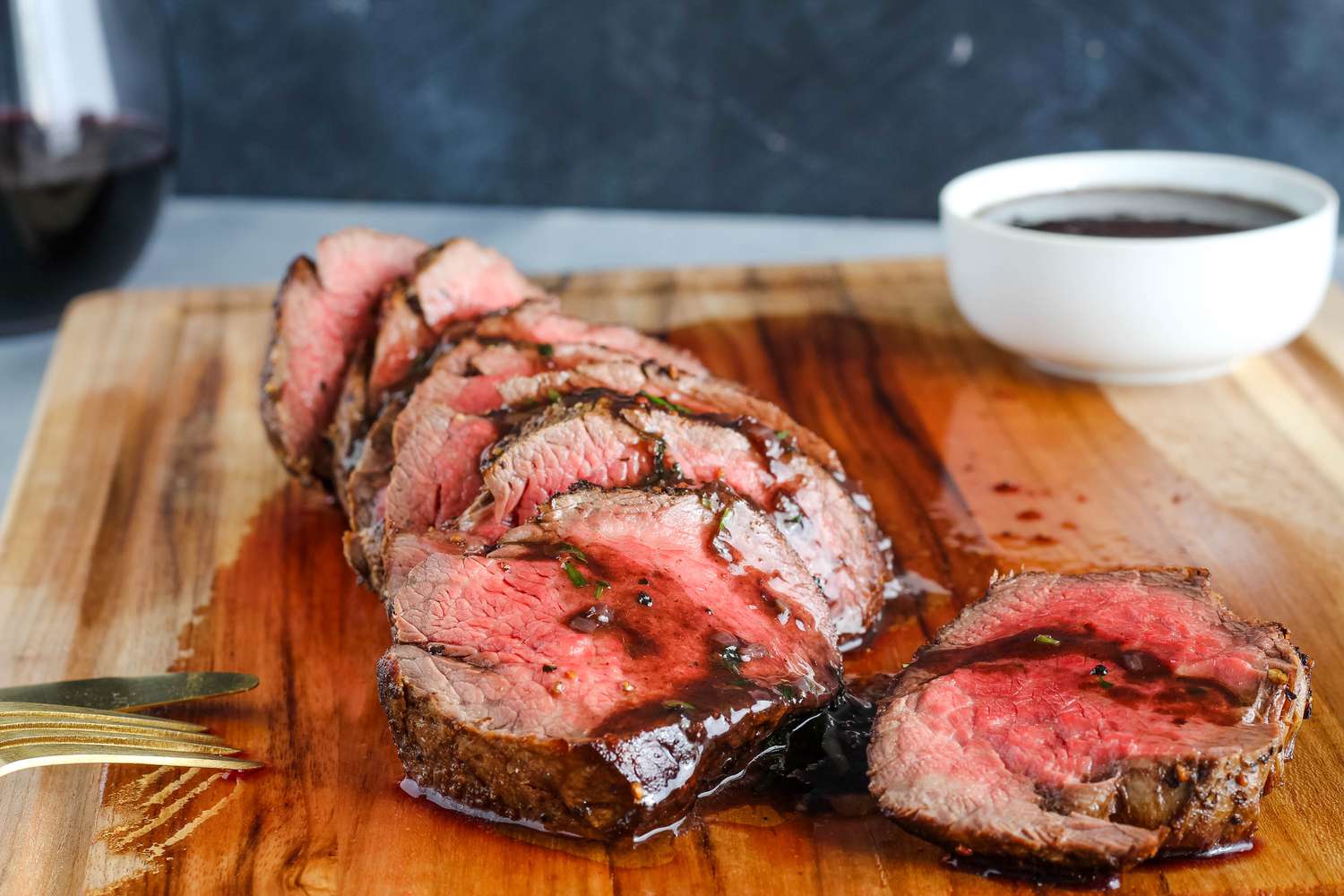 The preparation of Chateaubriand is probably well known to you, even if you have never made it yourself. You can prepare it on the grill or in a well-heated grill pan.

First, get a good piece of steak, up to 500 grams. Clean it of grease and press it several times with your fingers. Season with salt and black pepper and grill on all sides for a few minutes. Be careful not to leave the steak on the grill or pan too long. When you reach the desired temperature, let it cool down for a few minutes, and then melt butter and spices in a grill pan or whatever you have. Put the toasted piece in the melted butter and cover with the butter and spices mixture, but for no longer than 10 minutes.

You can add peppercorns to the butter to enhance the taste. Let it cool a little more and cut it into steaks and serve with burnt butter, spices, or sauce according to your taste.

Why is beef tenderloin called Chateaubriand?

Technically, this is not true, as the tenderloin is the whole cut, which comes from the least active part of the animal. It is called tenderloin because the meat is pretty tender. However, several types of steak can be distinguished from this muscle, which are prepared according to the Chateaubriand method.

Legend has it that this nickname comes from the famous French writer Francois René de Chateaubriand. Namely, the famous Victor Hugo once ate such a good steak, that he later commented that he was Chateaubriand among steaks. However, there are no official records that this actually happened.

On the other hand, this term has been so commercialized that it is no longer even possible to locate its exact meaning. But in gastronomy it is generally accepted that it is the method of preparation that we described above.

What to serve Chateaubriand with? 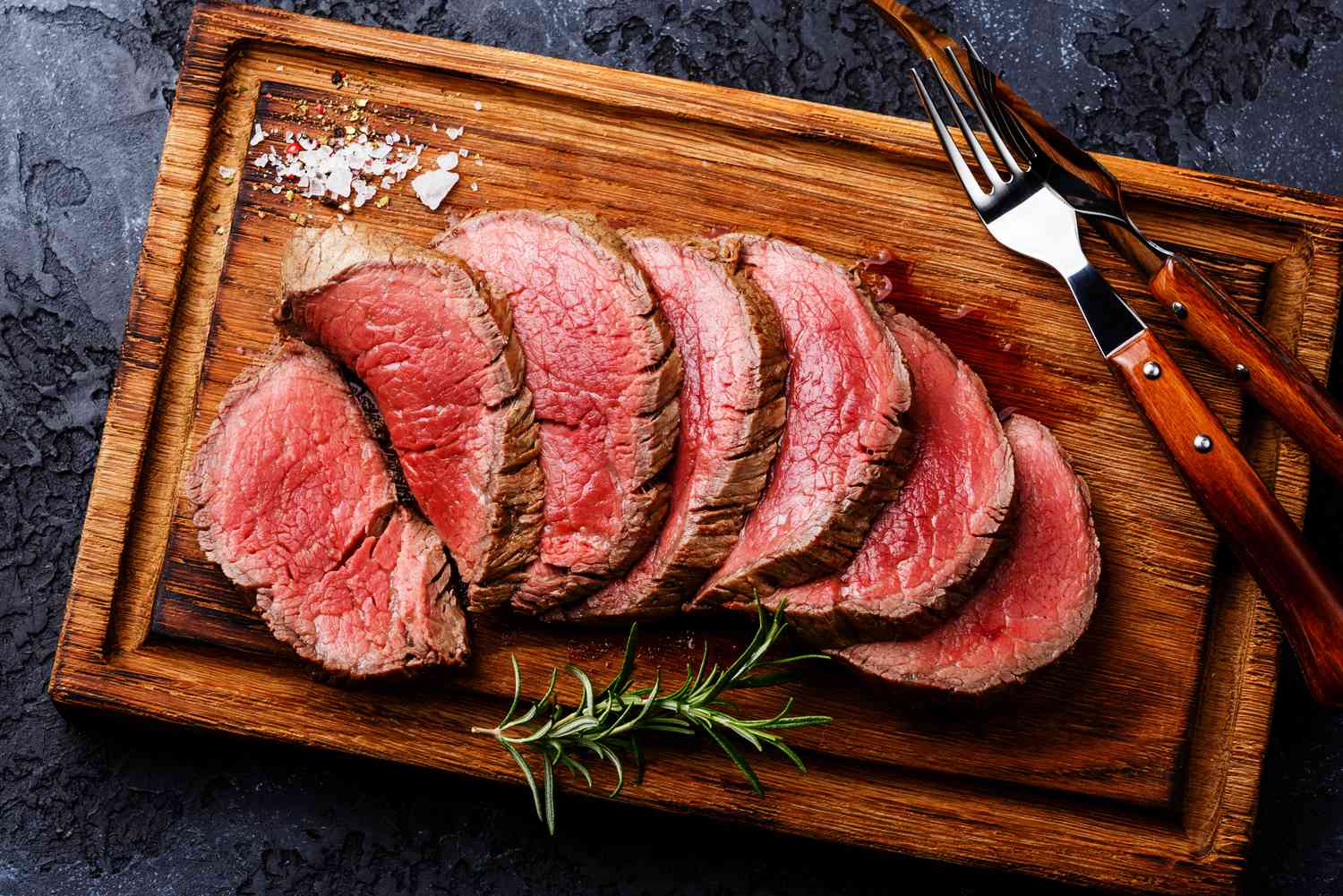 The classic preparation comes with potatoes that are boiled, then fried in lots of butter seasoned with garlic and parsley. However, attachments vary according to individual preferences.

If you want a sauce, then you can prepare it from onions, sage, spices, and even mushrooms, fry them well and add beef broth and wine. When the mixture is reduced by half, add butter. There are also condiments that you can buy ready-made, but everything is much tastier if you prepare them yourself.

And are you in the mood for dessert after this excellent meal? We recommend something chocolate because the flavors complement each other perfectly.

You can drink red wine because heavy meat goes with that kind of drink. Of course, you can also drink a non-alcoholic beverage as desired, according to your preferences.

How to recognize a good steak?

There are many different types of steak, in several categories. Most often, the most expensive are the ones with the least fat parts, but their price goes to huge proportions. In general, the categories are different depending on where you are in the world. In the US you have prime, choice, and select, while in Canada you have prime, AAA, AA, and A categories of steak. In general, the American category of steak grades is accepted in the world and the meat is prepared accordingly.

Prime steak is of the best quality but limited availability on the market. It is mostly bought by enthusiasts who want to prepare steak at home. Intramuscular fat appears as thin strips and results in uniform juiciness when the meat is done.

The choice is the most widely available. It has less marbling, which means you have to cook it very carefully. Due to the uneven distribution of the fat strips, you can easily cook it too long and it won’t have any juiciness.

Select the steak that has only a few parts of fat and you have to be really careful when preparing it. However, the true masters of good steak manage to create a gourmet masterpiece for all steak lovers out of this piece.

Steak, whether Chateaubriand, filet mignon, t-bone, or any other cut, is a true gourmet experience for all. However, it is quite normal that some people do not enjoy this type of meat. There are different categories, recipes, and methods of preparation for them.

And if you’re a steak lover, we hope our article helped you understand the differences between Chateaubriand and filet mignon. In general, remember that Chateaubriand is the preparation method, while filet mignon refers to the class of meat (and can be pork, not just beef).

And finally, we would like you to just enjoy the taste of the meat you have chosen. Combine with a good side dish and we are sure you will find your favorite recipe.

ChateaubriandmignonpreparationribeyeSteak
December 16, 2022 By Krishan Jones
Cheesy Bacon Stuffed Mushrooms: How To Prepare It? How to Combine Food and Coffee