What Is Egg Wash And How To Make It 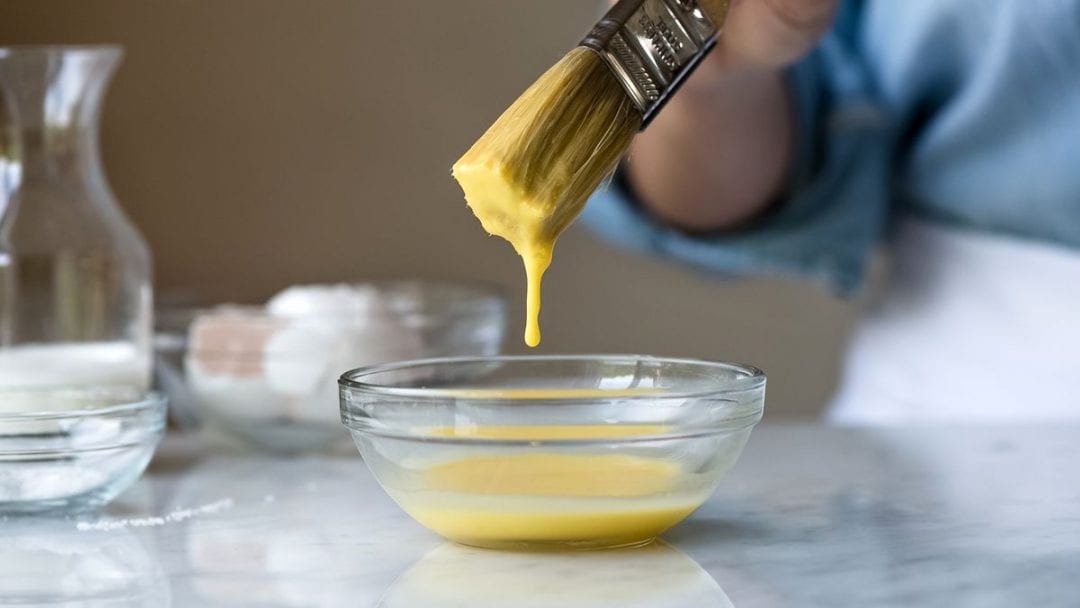 If you cook from time to time, it’s possible you’ve run into this in some recipes. Egg wash is a pretty common thing used when making baked goods such as pastries. It is a simple mixture of beaten eggs and some kind of liquid, most often milk or water. Baked goods are being brushed with egg wash prior to putting them into the oven. It gives them shine and helps secure the bonds of pastry.

Why should you use it?

Egg wash is a great invention. Whoever thought of brushing eggs on the pastry must have spent a lot of time in the kitchen. The egg wash will give the crust a nice golden, glaze, a beautiful texture, and will help keep the bonds of the pastry together. It is often put on food like dinner rolls, cinnamon rolls, Danish pastry, and similar. There is a certain protein in the egg that coagulates when it’s cooked helping glue the pieces of the pastry together which comes in handy when making empanadas and hand pies. This is also a reason why you should be careful when applying egg wash to a puff pastry. Its glue-like features can easily prevent the pastry from properly puffing. Another good side of egg wash is that it can help stick the spices, or whatever else you chose to sprinkle on your pastry, to the surface. There is also an egg wash substitute that doesn’t contain eggs, gluten, and is kosher. It adds the shine and texture to the buns, soft bread, and puff pastries without using the eggs.

How to make it

It seems rather simple, eggs and water or milk. However, there are numerous variations to this which all have different effects on the pastry. Some use just the eggs, while others might decide to put salt or cream in too.
You can also choose to only use egg whites or just yolk. Egg whites will help make a seal on the edges of pastry and, if applied on the bottom pie crust, prevent the filling from seeping into the crust. This way, you won’t be left with a soggy bottom. Also, if you’re putting a decorative cut on your pie, brush some egg wash on it to keep the cut in place and not let it spread too much during baking.

All you have to do is whisk the egg and add some water. Stir it until it’s nicely combined and add a bit more water or milk if you wish. You can also add some spices in the egg wash such as salt, nutmeg or cinnamon.

Heavy cream is also often added in the egg wash and it enhances the browning and gloss. If you want a super shiny pastry, this is the combination you should use. Also, milk will make the pastry crunchier and shinier compared to plain water.

You can make different combinations of water, egg whites, egg yolk, milk, spices, and cream depending on what you want to achieve. 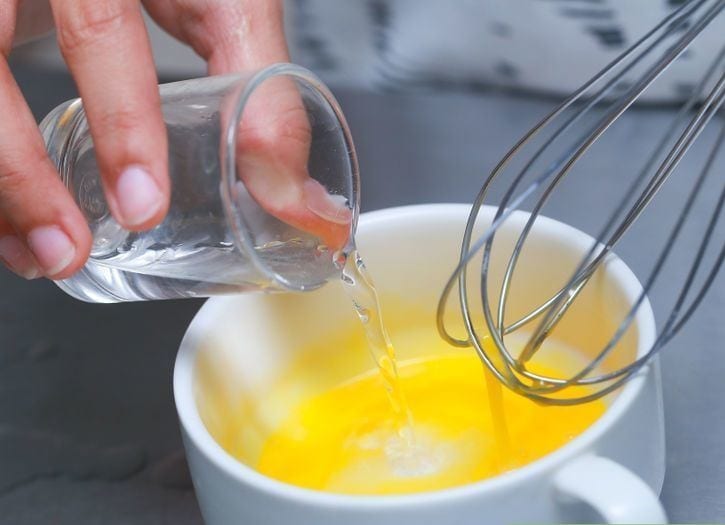