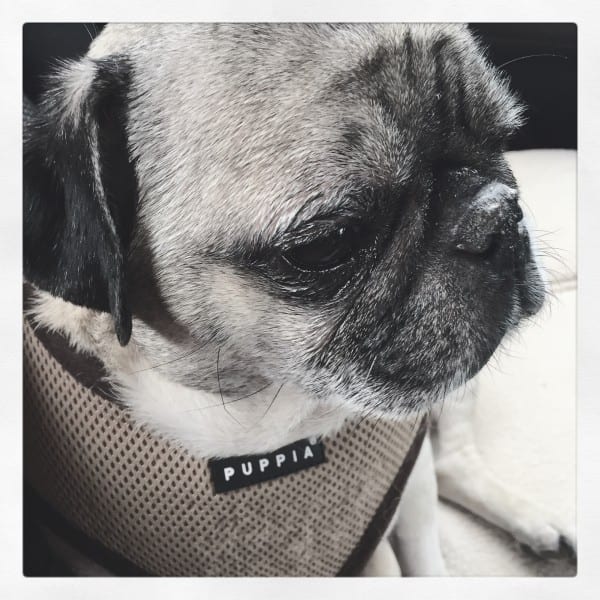 Things at the Cooking In Stilettos’ homestead has been crazed to say the least. For those that follow my Snapchat or Insta, you might have an inkling of what has gotten essentially my full attention lately.

My beloved Junior Sous Pug has had a chronic issue with his esophagus for the past year or so and he’s been on a steroid treatment to deal with that. In January, his steroid was switched to another steroid that was a bit more aggressive. Well, in February, we found out that Jeffie had full blown canine diabetes and pancreatitis. We caught the pancreatitis in time, but the diabetes – don’t even get me started. It is what it is – I don’t know the direct result – whether it was the new steroid that triggered the diabetes monster, the weight gain he experienced from the year’s worth of steroid treatments that set him on his path, the pancreatitis or, perhaps he was already prediabetic and it was waiting in the wings. Any way I looked at it – I couldn’t figure out the why, I just had to figure out how we were going to deal with it going forward and do everything in our power to make his life as pleasant as possible. Having had a diabetic pug before, I had an inkling of what was in store.

For the past few months, it has been constant back and forth to the doctor’s office for appointments, tests, and trying to get the diabetes monster in check. He’s now on a prescription diet and a heavily regimented schedule. During this whole time, his numbers were out of control and just when we thought we might have it on an even keel, things would flip out of wack and we couldn’t get anything regulated.

This week, we finally switched to a different insulin that I used to use with Wiggles and, as with any insulin switch, it is tough to nail down a dose that works from the start. His doctor was being conservative but that dose was a bit too high which resulted in Jeffie’s blood sugar going on a roller coaster nose dive this weekend. Now he’s now dealing with those side effects, including possible blindness that appeared this morning. I’m praying the blindness is only temporary but still. Watching him change from the happy, mischievous pug to a sad, pensive pup that shakes like crazy when he sees the doors of the vet hospital is heartbreaking. The staff and doctors at his hospital have been excellent and do everything they can to calm his jangled nerves. I’m hoping that he’ll start to see this in the near future.

Needless to say, I’m trying to find the silver lining in all of this while trying to be strong for Jeffie (and in the process trying to avoid the throat punches or the bites that he lobbies my way while getting his insulin shots). Can I also confess something – someone needs to give Jeffie an Oscar or something because if he has an audience while I am giving him his insulin or taking a quick blood glucose check – he screams bloody murder. He doesn’t do that for his doctor however. Go figure! Hopefully this new treatment will have him regulated a bit and life can go back to what is essentially the new normal for this house. My friends and family have been awesome with understanding how my wings have been clipped and my travel has had to take a bit of a backseat while his vet and I try to find the best treatment to get him stable.

So – if you see periods of quiet here on Cooking in Stilettos, now you know what’s been going on. I try to keep the focus on the recipes around this neck of the internet with a bit of fun and lightheartedness. Thankfully #BrunchWeek and #BurgerMonth are coming up along with a slew of recipes that I have prepared for y’all and I am excited to get back into the swing of things.

Thank you so much for your understanding – it means so much more than I can ever say! 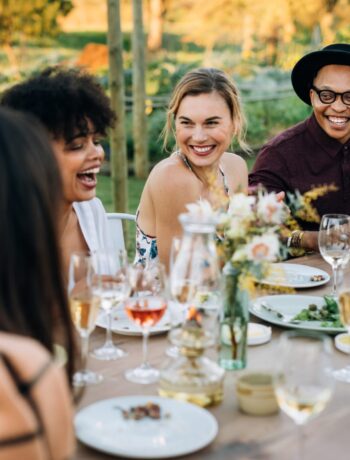 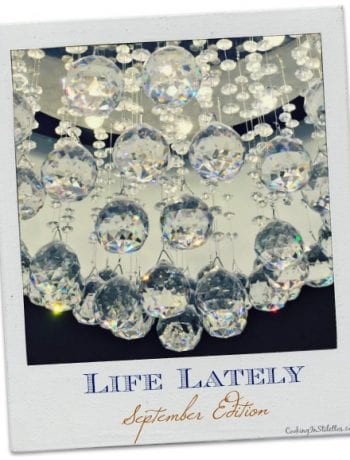