Slow Cooker Red Beans and Rice For The #NCISNOLA Premiere 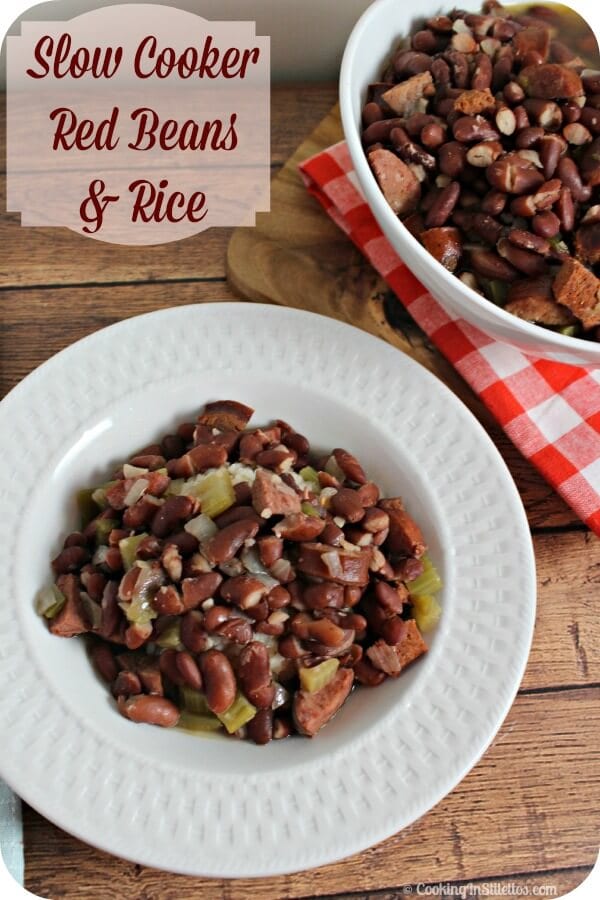 It’s Fall Premiere season folks – last night was a doozy but tonight’s premieres have had me impatiently waiting since May.  It’s no secret that NCIS is one of my absolute favorite shows.   I have loved the show since its first season – the writing is excellent, the cast is hilarious and who doesn’t love seeing Gibbs smack McGee or Dinozzo upside the head when they deserve it.  Added bonus on Tuesdays – NCIS: Los Angeles with Chris O’Donnell, LL Cool J and Linda Hunt aka Hetty – what wasn’t to love.

Well – this season, they did a switcharoo. While Tuesdays used to have NCIS and NCIS: LA back to back, now they have a new member of the franchise NCIS: New Orleans in the LA slot and NCIS: LA has been moved to Mondays.  Last season, NCIS had a two part tie-in episode based in New Orleans and just from those episodes alone, you knew that the new series was going to be GOOD! Now – I have a disclaimer – there’s another reason I know I’m going to adore this show – because two blasts from my childhood past are taking a seat at the NCIS: NOLA table – Rob Kerkovitch – who is playing forensic genius Sebastian Lund and Paige Turco – who is playing Scott Bakula’s ex wife, Linda Pride, who was on the NCIS tie-in episodes as well.

Rob is a talented actor and I know that when you tune in, you’ll notice that he looks a bit familiar – whether it’s from commercials (like this fave) or various tv shows, Rob’s been on the acting scene for a while.   When I heard Rob was cast – I was thrilled for him as I knew he’d be joining a top notch production.  Rob’s mom, Moe, is a brilliant chef and has been one of my culinary and fashion inspirations since I can remember as she’s one of my mother’s dearest friends.   Moe’s Bailey’s Irish Cream Puffs made such an impression when I was a child – I still remember Rob and I sneaking them at a party and not realizing how boozy they really were.

In a weird 6 degrees of separation – Paige was not only friendly with my mom and Robert’s mom when I was younger  (she’s also from Western Mass), but Paige was on a show years ago with Lucas Black – American Gothic.  In NCIS: New Orleans – Lucas is the wise crackin’ Agent LaSalle.   NCIS: New Orleans has a stellar cast – the writing, imo, of the NCIS franchises are fantastic  and I heard that some of the cast from NCIS will be making an appearance on various episodes. Plus – it’s set in one of the best foodie cities  – New Orleans – so you know it won’t disappoint.

To celebrate tonight’s premiere, I will be whipping up a New Orleans’ staple – Slow Cooker Red Beans and Rice.  I was inspired by Claire Robinson’s recipe for Slow Cooker Red Beans and Rice and decided to play a bit.  I had some Turkey Andouille sausage and a new find, Kentucky Bourbon sausage, in the fridge so I decided to channel my inner executive chef and add both to the mix.  I don’t think anyone would argue with that, right?  For my creole seasoning, I used my favorite Tony Chachere’s Creole Seasoning that SL recommended to me years ago and I always keep stocked in my pantry.  If you want to make it a bit spicy – add a bit more seasoning.  You could even throw in a bay leaf or two – this recipe is totally customizable to your tastes.

Now – I have to admit – there are days when I forget to soak the beans the night before. I used a quick soak method from The Kitchn which turned out brilliantly for me.  Essentially, you rinse the beans well, bring them to a hard boil, remove from the heat and let soak for an hour or so. Then – they are ready to be tumbled into the slow cooker. I used my fave 4 qt. slow cooker for this and while it was packed to the brim, the Red Beans and Rice turned out perfectly! The recipe couldn’t be simpler – it’s a bit of a dump and stir, set and forget type thing and, at the end of the day, you come home to a delicious smelling home and all you need to cook is some perfectly cooked rice (which I did on the stovetop and didn’t burn thanks to this method – also from The Kitchn) and dinner is served.

This recipe makes enough for a crowd so grab a bowl, your fave cocktail, tune into CBS tonight and check out NCIS: New Orleans. I promise that you won’t be disappointed!  Laissez les bons temps rouler! 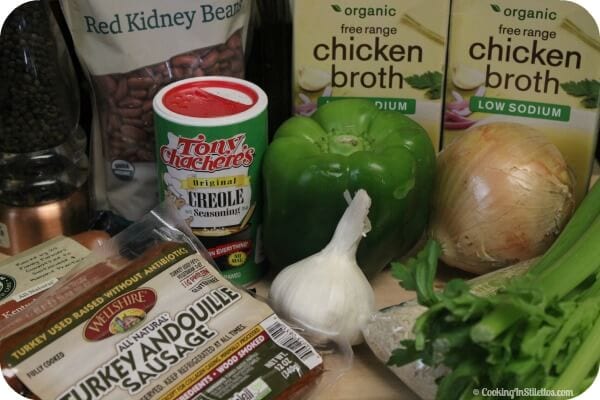 Since I didn’t do the overnight soak, let’s do that quick boil method for the beans. 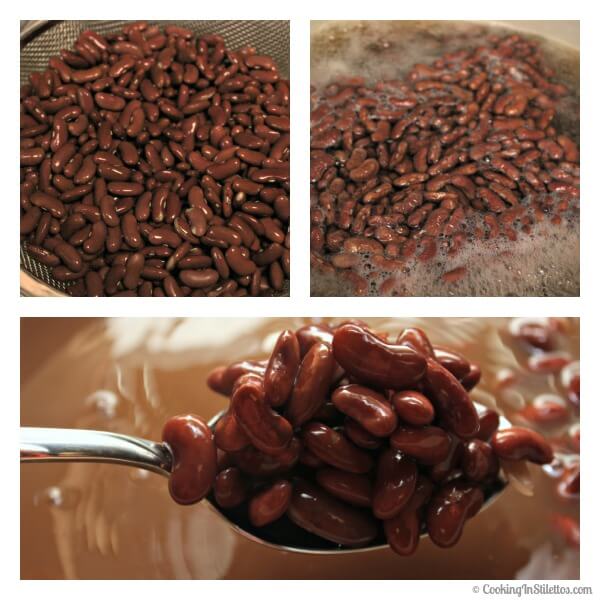 Everyone in the pool 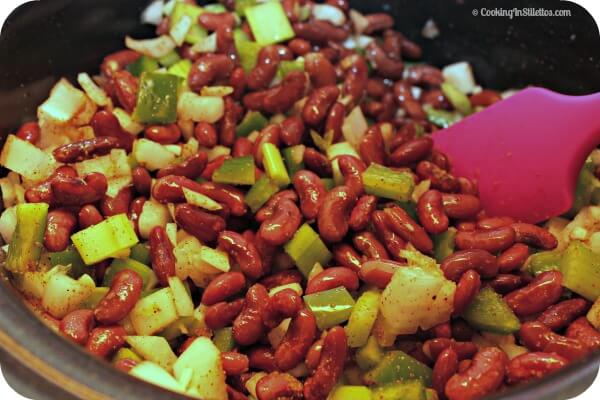 Now – look at that deliciousness. 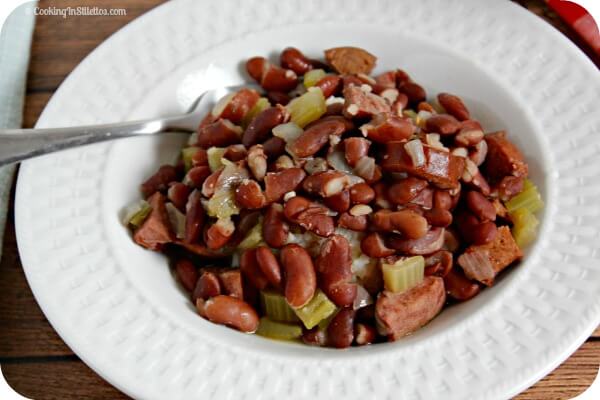 Grab a fork and turn on the TV – NCIS: New Orleans is about to start! 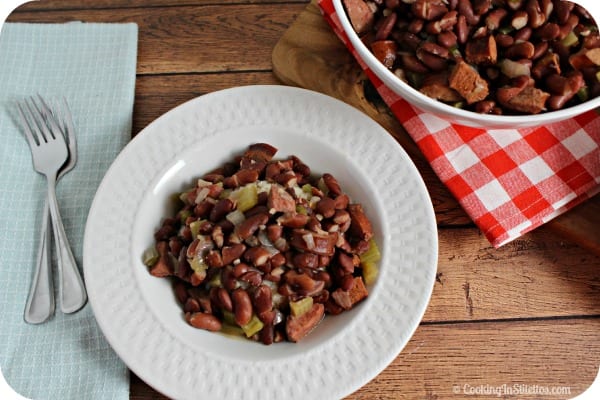 This Slow Cooker Red Beans and Rice couldn't be easier to make. A few ingredients, a quick stir and set it and forget it. Dinner is served! 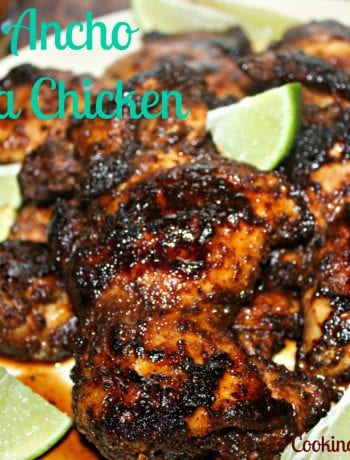 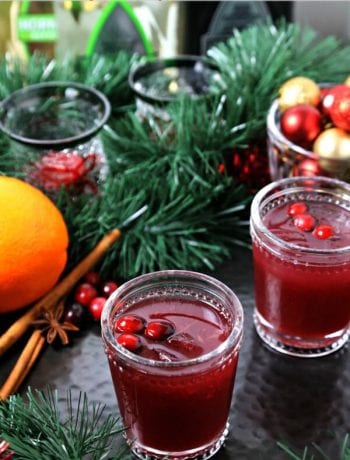 Toast The Holidays With A Cranberry Honey Blossom Cocktail 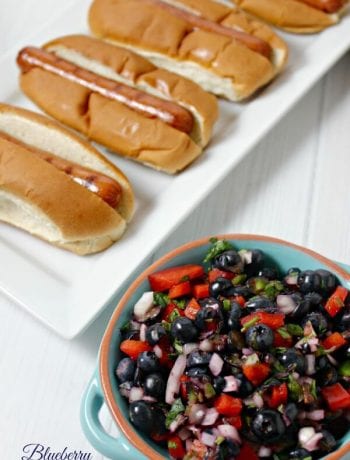 Celebrate the Red White And Blue With Hebrew National #GreaterGrilling